Where Has All the (SEO) Traffic Gone?

Have you ever looked at your Google Analytics or your website traffic and wondered: Where has all the traffic gone? Your SEO is calling out an SOS and you need to fix it, STAT.

First, I need to preface this whole entire blog by saying I never had a lot of traffic. In fact, I’d say my highest peaking date of traffic organically was about 250 to 300 — and that’s for a 30-day period. Ya… not a lot of people. But I don’t market myself, so those 300 some odd people were organic.

In the first few years of my business, I wasn’t really promoting myself because, at the time, I was super busy, so traffic was just kind of chugging along. I was getting a lot of referrals, so I wasn’t really paying attention to the traffic that was coming to my website.

I had shifted gears from lysagreer.com to freshtakeproductions.com having decided to put my team’s face outwardly to the public and not just have it be me facing the public. In doing so, I worried that I’d lost the traffic because of that rebranded shift. Don’t get me wrong — lysagreer.com didn’t go away. In fact, she backlinked Fresh Take, but for some reason, that translation was hurting me.

Something was getting lost.

It Started With an Idea

When I started Fresh Take Productions, I had a very holistic reason as to why I was calling it that. I had been working at the radio station for about 11 years at the time and was never thinking that I was going to have my own business one day. But I remember being in my office after a particularly tough day and feeling that there had to be a different way of working.

I was feeling undervalued, underserved, and just plain humdrum about my work — mostly because of the way an interaction had gone with my peers inside of a very male-centric atmosphere. And it was that situation that made me start thinking that there’s got to be a different way of working.

I remember clearly there was an intern in my office and we were chit-chatting, and I came up with the term Fresh Take Productions. I said, you know, if ever I was to have a company, I would call it that because there’s got to be a more holistic way of approaching things. I figured there had to be a way that people could feel good about the work that they do and feel valued by the people they work for.

Who knew that one day I would actually own my own business, call it Fresh Take Productions, and start a passion project of a different title but of the same concept?

I understood “production” to mean the actual act of putting together and building something, and it made sense since the focus of Fresh Take Productions was going to be building things. When I started my SEO and started working on my copy, it was the word that I used all over my website.

It wasn’t until my website traffic started to dwindle down that I started to wonder, why is this site just not seeming to even garner any organic traffic? I mean, I’ve been blogging and putting content out there, but it just doesn’t seem to be picking up anything.

Again, I don’t do a ton of marketing, but even when I didn’t do any marketing on lysagreer.com, I still caught some organic traffic, and I just wondered what had happened. I chalked it up to maybe algorithms or just something funky, and because I was so buried with my client work, I wasn’t paying attention.

Until the day I did.

I pulled up my analytics and saw these dwindling (and really awful) numbers, and thought, “I’ve got to go back to the drawing board.” So I did a very simple thing. I typed in the words “digital production” into my search engine and was shocked at what I saw. The first page of searches was all around digital production, but it wasn’t what I thought it was meant to be. It was what the world sees it as, and the world doesn’t see it as building things. They see it online. They see it as specifically building things online in the vein of film, in the vein of creating a video, film-type, motion-picture-ish production.

Meet People Where They Are

I sat there looking at this page and looking at the searches and going, well, there is part of our problem, Lys. You dug in your heels and wanted to call it this because you knew, inside of you, it was to be that way, but the reality was that not everybody saw it that way.

This is a classic situation of where sometimes you’ve got to go where the people are to then lead them back to where you want them to be. It’s not that I’m going to now go on a crusade and start preaching to people about how digital production should really exemplify more than just film or how a producer is more than just a person who works in the movies but a person who actually facilitates the entire production. No one understands that.

[bctt tweet=”Look at your business through the lens of your customer.” username=”freshtakepro”]

The best way to describe what I do is probably to use the construction analogy, and I’ve gone through many analogies when I was trying to find who I was, how I serve people differently, and how I could help people. When you’re doing that kind of target audience work, and you’re trying to identify and encapsulate what you do, it can be hard. It can be hard because you can articulate it a certain way, and you want to be different, and you want to showcase yourself in a certain way, but the reality is, that doesn’t necessarily mean it’s going to resonate with everybody else.

Sometimes it means you do have to let go of that fire just a little bit and roll with the punches by utilizing a term people are actually going to search in order to find you.

Help Your People Out

Once they get to where you are, you can then still infuse and bake in the term that you like and make it your own. But if you’re going to expect to find people, you’re going to have to find them where they actually hang out — and that’s where I’ve had to course-correct with my own SEO.

I made a few adjustments, and now I’m waiting to see the results. I feel like in about 30 days, 60 days, and 90 days, I should probably see a little bit more organic reach — even without trying — by this simple fix being made because now if people were to type in digital marketing solutions, I’m more than likely going to yield a little bit in my area. But the reality is, before, I wasn’t coming up at all unless you were specifically typing in Fresh Take Productions.

This whole exercise with my SEO served as a good reminder that just because we think of something a certain way, it doesn’t mean our audience is looking through the same lens. Something as simple as a word can end up steering people away from us when what we really want is them to run towards us.

For 2019, I encourage everyone to take a step back and look at your business through a new lens and see if what’s missing might just be right there staring you in the face. 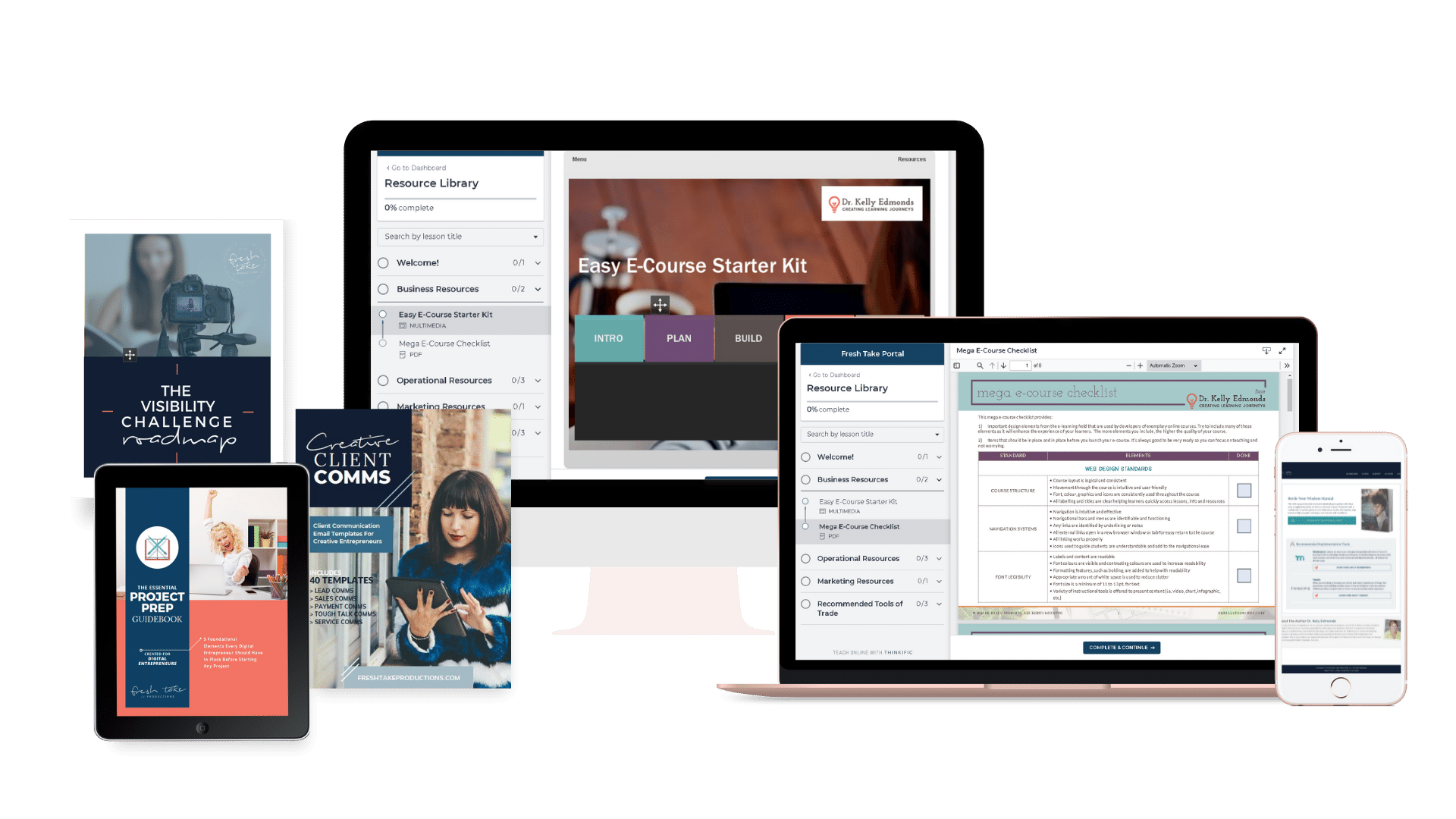